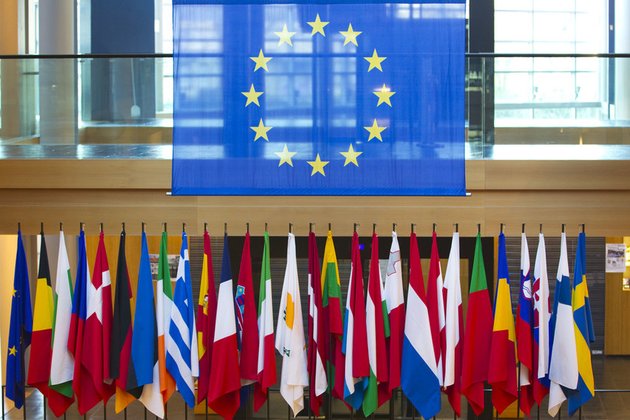 Smaller EU nations are suffering from a ?deficit of freedom and equality? within the bloc, the Polish foreign minister has claimed

Although Brussels claims to be standing up to the "imperialist" threat posed by Russia, the EU itself is not free of "imperialistic tendencies," Polish Foreign Minister Zbigniew Rau has said in a lengthy opinion piece for the Polish Rzeczpospolita journal. Germany is one of the driving forces behind these "imperialist aspirations," the official added in the article published on Monday.

The EU has frequently witnessed its larger members attempt to "dominate one's partners, impose one's arguments on them, disregard their rights, interests and needs, or pay no attention to their protests," Rau stated, describing this behavior as part of their "imperialistic tendencies."

The bloc hardly suffers from a lack of "the most powerful member states' aspirations to hold sway," the minister argued, calling for EU decision-making process reforms that would strengthen the role of smaller bloc members.

The increased role of the majority vote in the EU decision-making process advocated by Berlin poses a particular threat to freedom and equality within the bloc, Rau believes. "Small and medium-sized states, who are disproportionately less capable of building effective coalitions" are "doomed to lose" the vote even when their own essential interests or needs are affected, the minister said, adding that their fate is then "decided by others, which means that their freedom is fundamentally violated."

Larger EU nations like Germany possess "an unquestionable economic advantage and demographic potential" that also translates into "a voting power in the EU's decision-making process, which small and medium-sized states are unable to counterbalance even by acting together," according to Rau. The minister also claimed that Berlin uses this advantage to pursue its national interests at the expense of the "dominated" states.

Poland's top diplomat accused Germany in particular of striking the Nord Stream gas pipeline deal with Russia to secure a "competitive advantage in the common market" and thus force the entire bloc into dependence on Russian energy. This has led to the current energy crisis that the EU is now trying to solve by calling on all member states to reduce their gas consumption by 15%.

"Gaining a dominant market position came at the expense of not only undermining the level playing field but also of European economies becoming dependent on Russian supplies of energy sources and the security interests of some EU member states and Ukraine," claimed Rau.

"The end of Germany's competitive advantage in the common market has resulted in a proposal - insisted on by Germany - that all member states voluntarily cut their gas consumption by 15%, including those countries that have persistently warned their European partners against becoming dependent on Russia," he added.

The minister then demanded that Berlin curb both its economic and political ambitions. "If the German offer is to defend the EU from imperialism, which Germany feels responsible to do, the Union does not need German leadership but German self-limitation," he said.

Poland previously bought gas from Russia, but this past spring it refused to pay for the deliveries in rubles under a new arrangement put forth by Moscow in light of EU restrictions. Rather than agreeing to the scheme, Warsaw started buying Russian gas from other EU member states, according to Bloomberg.

The country has been gripped by violent protests after the death of a woman who allegedly wore an "improper" hijab ...

AUSTIN, Texas: Elon Musk has said that he expects a wireless brain chip developed by his company, Neuralink, to begin ...

In major break from past, Egypt to build 21 desalination plants

CAIRO, Egypt: Ayman Soliman, CEO of Egypt's Sovereign Fund, said as part of the first $3 billion phase of a ...

WASHINGTON D.C.: According to trial data contained in a report presented this week, an experimental Alzheimer's drug from Eisai and ...

New York mayor: some mentally ill homeless to be hospitalized

WASHINGTON, D.C.: According to a Pentagon report, if China continues with its current nuclear buildup pace, it could have a ...

NEW YORK CITY, New York: The infant formula shortage that has persisted in the U.S. for nearly a year, is ...

Apple returns to Twitter after Musk meeting with Tim Cook

WASHINGTON D.C.: According to U.S. rail company Amtrak, its ridership has nearly returned to pre-COVID-19 levels, rising by more than ...

TOKYO, Japan: The results of a survey released this week showed that Japan's manufacturing activity contracted for the first time ...

ATLANTA, Georgia: As companies look to rein in costs and trim their headcount to brace for an economic slowdown, CNN's ...