Was the Roman Abramovich poisoning story designed to put Denis Kireev in the frame? 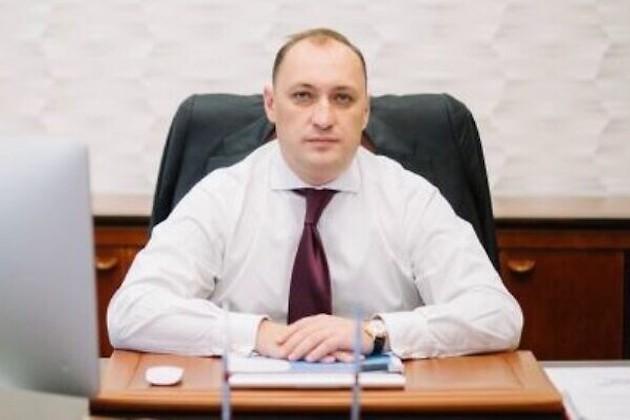 The Ukrainian banker had taken part in the first round of negotiations between Russia and Ukraine on February 28. They were held in Gomel, Belarus, and Kireev was photographed sitting next to Tatar politician Rustem Umerov for the Ukrainians. The second round took place on March 3 in Brest, also in Belarus. Kireev was absent for these and, though scheduled to attend, Umerov was not photographed at the talks either, at least when they began at 3pm.

Two days later Kireev was shot in the head by the Ukrainians outside the Pechersk Court in Kyiv. The narrative of his death is contested. It was said that Kireev was executed as a Russian spy, that he was shot resisting arrest, and finally that he had died on a special mission. This last position was put out on Ukraine's Facebook page in the evening of March 5 and repeated by two sources linked to Bellingcat. First Bellingcat's Latvian partner The Insider explained that he had died "while performing a special task," and a little later Bellingcat's Executive Director tweeted the same. Christo Grozev was the only person to provide the link to Facebook and, as a conversation with the editor of Meduza shows, he had been attentive to the news that morning from pro-Russian sources saying the Ukrainians had gone on the rampage.

The next twist in what we might call the exculpatory narrative emerged on Monday March 28, at around 7am in the morning (UK time). Proekt Media was reporting that Abramovich was due to participate in a further round of talks in Turkey along with Umerov and made the observation that talking could be as dangerous as fighting. Apparently well-informed, Proekt explained that Kireev's death was a mix-up, and then dropped the bombshell that Umerov had been poisoned in early March. Umerov declined to comment, but sent out a warning about the fake news that was repeated by The Insider, also that morning, when without demur it referenced the news.

One killed. One poisoned. No Bellingcat.

Hitherto, not a scintilla of evidence had hinted that Abramovich was anywhere near Kyiv in early March, but that afternoon Bellingcat confirmed the WSJ's scoop that he had both participated in the talks and had been poisoned at them. He was one of three who suffered symptoms after having taken part in informal negotiations twenty-five days earlier, along with Umerov and an unnamed Russian businessman.

Bellingcat were directly involved, apparently, as on the day after the poisoning Grozev had been called upon by the victims to arrange some tests by two chemical weapons experts and a medical doctor. At any rate, only someone with first-hand knowledge could release the central piece of the jigsaw tweeted at 4.50pm:

"The three men experiencing the symptoms consumed only chocolate and water in the hours before the symptoms appeared. A fourth member of the team who also consumed these did not experience symptoms."

"Exhibit A" points in one direction only: the fourth man was the poisoner. Later that evening Grozev explained that because all four had shared the same environment the symptoms could not be dismissed as an allergy and he contended that the non-fatal dosage must have been a warning sign lest Abramovich become too much of an "honest broker" at the talks. But if it was something they all consumed, how come the fourth man wasn't affected? Though never said, the idea was that he could control what the others should eat even as he knew what not to eat.

All we know about the fourth man is that he was part of the Ukrainian negotiating team, the informal one supposedly meeting in Kyiv rather than the verifiable talks that we know took place in Brest along with seven suited Russians. Eliminating those, it's very difficult to suspect anyone else. "Exhibit A" must be seen as yet another step in the exculpatory narrative. Kireev's death was a mistake, and besides, he was a poisoner.

A conspiracy theory? But if Abramovich was poisoned someone must have committed the crime. The only evidence we have is from Bellingcat, and given that they examined him they would know who the fourth man was, what he ate, and that he never got ill. So who was he? Ironically, at the precise moment that Bellingcat say they were arranging the examination of the victims they tweeted:

"Bellingcat will make available all information we're collecting, verifying, and archiving to this process and any other accountability process that requests information from us."

So why the silence? Confidentiality can't be the issue as Kireev is dead. Indeed, if he was the fourth man Bellingcat's experts were among the last to see him alive.

Bellingcat needs to tell us all about Kireev.

(The writer Doctor Chris Friel taught maths for many years before undertaking, first, a masters in Philosophy, and second, doctoral research on value and credibility in the thought of Bernard Lonergan. In 2018 he investigated at length the "purposely timed hysteria" of the pro-Israel hawks in the UK amidst the antisemitism crisis, and commencing in 2019 has devoted an equally lengthy exploration of the Cardinal George Pell case and its context).

UK's Telegraph news block in Russia due to war coverage

MOSCOW, Russia: The UK newspaper, the Telegraph, has been blocked in Russia, following a request from the Russian prosecutor-general.The TASS ...

WASHINGTON, DC - U.S. President Joe Biden on Friday vowed to "do all in my power" to protect a woman's ...

PHNOM PENH, Cambodia: Cambodian villagers on the Mekong River have caught a stingray fish weighing 661 pounds, which is the ...

One-third of car sales might be electric by 2028, says analysts

BERLIN, Germany: To prevent large increases in food prices, officials from G7 countries, including Germany and the UK, will push ...

Announcement expected this week to ban Juul e-cigarettes in US

WASHINGTON D.C.: The U.S. Food and Drug Administration (FDA) is preparing to order Juul Labs to stop selling its e-cigarettes ...

MOSCOW, Russia: Russia's consumer price index has fallen by 0.12 percent for the third consecutive week.This drop in the consumer ...