Acts of violence or a cry for help? What fuels Kenya's school fires 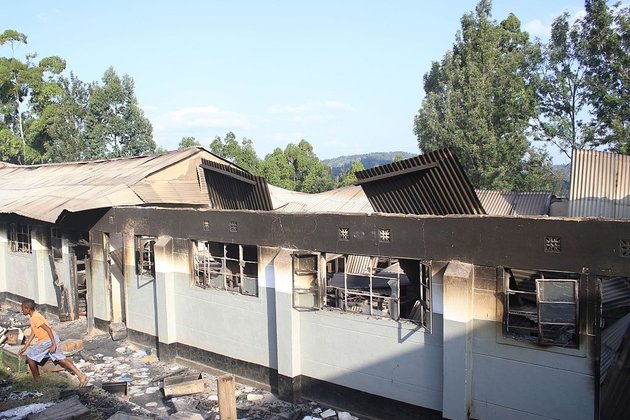 The torching of schools by students has become a regular occurrence in Kenya over the past two decades. The most infamous of these is the dormitory fire at a secondary school near Nairobi in which 67 students were killed 20 years ago. This year, another spate of dormitory and school building fires forced the government to close all primary and secondary schools for a few days.

Amid a wave of deadly school fires in 2017, the government-run National Crime Research Centre conducted "a rapid assessment of arson in secondary schools". The centre outlined possible causes and strategies to address the problem. The causes listed included exam-related anxiety, schoolwork load, peer pressure, school leadership, and lack of guidance and counselling.

These explanations overlooked other important factors. These include deplorable conditions in many public schools, oppression of students and violation of their rights to humane treatment. A focus on external factors ignores the psychological impacts of institutionalisation and authoritarian governance.

There have been few academic studies of the Kenyan school protest phenomenon. A 2013 study concluded that violence was a means to self realisation that only served to perpetuate cycles of violence. Another in 2014 drew the conclusion that students have learned over the years that protest is the language that elicits response from authorities. Finally, a third study observed that school violence is the outcome of conflicts due to political and social differences that could be managed by peace education.

My own research found that student violence was a response to the devaluing and oppressive environment in boarding schools. We argue that school authorities could mitigate violent protests by providing formal political means of representation and democratic decision-making. They should create new spaces for negotiation and peaceful protest and listen to the voices of students.

Boarding schools in Kenya are closed off facilities where students live and learn for a period of nine months in a year. Historically, they were set up by colonial governments and Christian missionaries with the purpose of assimilating or civilising indigenous people. These schools were patterned on colonial models of education to produce needed skills and labour to serve the colonialist.

Today, there are three tiers of secondary boarding schools in Kenya - national, county, and district. National schools are well equipped and attract the highest performing students and wealthy parents. The least endowed are the district schools.

Overall, parents prefer secondary boarding schools because they tend to have better facilities than day schools. Students have more time to focus on education, and parents leave teachers to discipline the children on their behalf. Other benefits of boarding schools include learning social skills, independence, and extracurricular activities. They also form part of government policy to bring children from different regions of Kenya to learn together and for economies of scale.

But these schools have retained their colonial hierarchical legacies of control, authoritarianism, violence, alienation, bureaucracy, and strict discipline. There is limited consideration for student needs, balance of power, technological advances, changes in the economic structure, and emerging progressive laws. They are what the American sociologist Erving Goffman called "total institutions". Students are organised under strict rules and singular authority. Daily activities are carried out collectively on a rigid schedule of explicit order.

My co-researcher and I undertook a three-year project of gathering data about boarding schools in Kenya for the purpose of understanding the roots of persistent student protests and violence. The study focused on three boarding schools that had experienced protests and violence before and at the time of this study. One school served girls only, the other boys only and the third was a co-ed school.

Initial interviews with those who had experienced school protests or violence led to others who were approached to participate in the study. Respondents were teachers, school administrators, county officials, students, and members of the community. The research revealed that students experienced prison-like conditions in boarding schools. As a result of the dehumanising experiences at the hands of the school authorities, students vented their frustration through destructive behaviour, including violent protests.

Stuck in the past

Boarding school attendance is resilient in Kenya because of economy of scale, bureaucratic control and efficiency. The result is that the direct supervision of millions of children has been transferred from parents to educators who often know little about the students. Until they get to school, the children know little about boarding schools as there is no preparation for transition.

At any rate, nothing could prepare any student for the worst excesses of boarding school life in Kenya. A 2017 report described chilling accounts of bullying at the country's top school. Students pulled out of a dormitory at night and frog marched while being beaten; students forced to wake up at night to clean toilets and classrooms while being whipped with belts and hockey sticks; younger boys missing meals due to inadequate cutlery and short mealtimes.

These experiences are forms of violence with varying intensities on their effects. However, society is more fixated on student violence than the autocratic nature of institutions and the oppressive structures which nurtured it. Until authorities shift focus to the deep negative experiences and anguish in boarding school, the burning is likely going to continue.

Students are political actors and conscientious beings with expectations and capacities to act. When dehumanised, students will act, react, or engage, sometimes with protest and intense violence. Kenyan students have learned that arson is effective as a tactic in protest politics. Some of the students we interviewed considered protests and violence as instruments of power to negotiate survival needs.

What authorities can do

Democratic space and public participation have expanded dramatically in Kenya in the last two decades. However, boarding schools have been left behind. There is minimal student participation or engagement in decisions that govern them. There is a strong case for school administrators providing formal political means of representation and democratic decision-making to mitigate conditions that lead to strife in boarding schools.

Literature indicates that successful schools embrace democratic principles of leadership, social justice, and community engagement. These would reduce the psychological injury and the pressure associated with total institutionalisation - which offers escape through unrest, protest, and non-gratuitous violence. 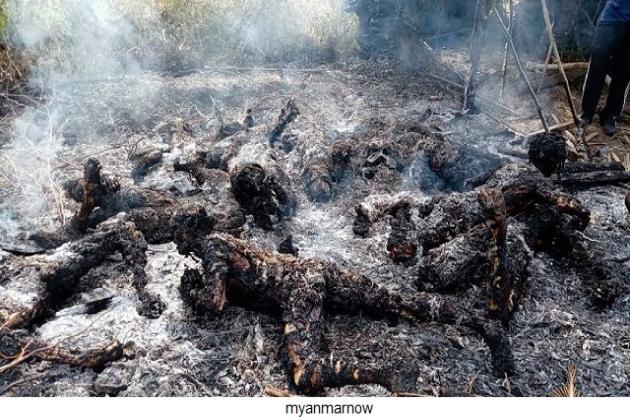 SAGAING, Myanmar - On Tuesday, junta forces kidnapped and slaughtered eleven unarmed individuals, including teenagers, in a village in Sagaing ... 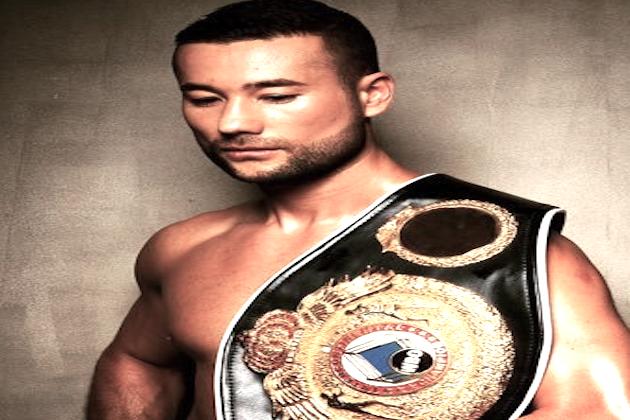 Top oil companies rake in $74 billion in past three months

LINCOLN, Nebraska -- As Nebraskans continue to endure high gas prices, 24 of the top oil and gas corporations made ...